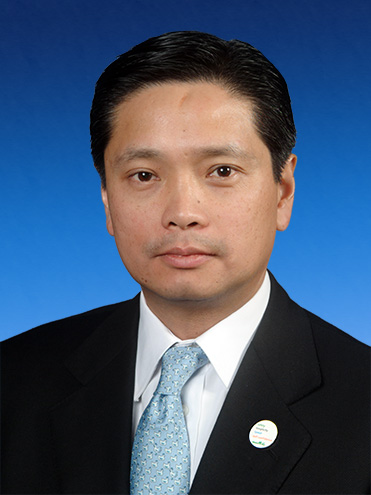 Wilbur W. Mok Download full resolution image
Wilbur W. Mok is president, Asia, at Air Products. He is responsible for driving the strategy and profitability of the company’s Industrial Gases business in Asia.

Mr. Mok joined Air Products in 1986 as a financial analyst in the International Controllership organization and subsequently held various engineering and commercial positions. In 1992 he was transferred to Hong Kong where he was named regional manager of On-sites Development. When Mr. Mok returned to the U.S. in 1995, he was appointed commercial manager in the Electronics Division, and in 1997 he was named manager of Asia Business Development. Mr. Mok again relocated to Hong Kong where he was named general manager, Southern China, in 1999 and vice president and general manager, China, in 2000. He took on the added responsibility of the company’s Energy and Process Industries business in Asia in 2003. Mr. Mok was appointed president, Air Products China, in 2005 and Asia region president in 2006. He returned to the U.S. in 2009 as vice president, North America Tonnage Gases, and in 2014 he was appointed vice president, Energy and Materials, and General Services, prior to assuming his current position.

Mr. Mok holds a B.S. degree in electrical engineering from Northwestern University and an MBA in finance from the University of Chicago.